I wanted to start out with a  BIG THANK YOU to everyone who pitched in to help Baja Anglers and its crew...  It means the world to us to know that folks back home care enough to help us though this terrible disaster.  Until you have been though a storm of the magnitude, so just dont have any idea of the devastation and destruction a storm this size can do.

Town is cleaning up nicely, especially downtown.  Crews have done an incredible job of cleaning the downtown area and beaches, and it will be ready for when the flights start coming back to Cabo on October 8th.  Its just one flight a day to start with, but still we are very excited.  Right now, everyone in town has passed the flight survival stage, now its all about the mental strength to deal with the aftermath of the storm, and make it through the next few months with very little work for funds coming in.

The neighborhoods closer to downtown are also cleaned up, but as you go farther back from the center of town, the damage is still apparent. The difference is mostly in the mood and body language of the people...Mexicans are a wonderful upbeat people, and handle disasters better than most, but they know its going to be a while until the hotels are back and working at 100% capacity and that means that they will be not working and will be lacking funds to pay their bills, buy food, buy clothes, just all the everyday things folks take for granted .  Some folks just have lost so much, and they gave up and moved back to where they came from.

The money trickle effect is in town right now, except its the backward effect.  A friend of mine that repairs ACs and other appliances says it best.. Oh, I have work after the storm, but no one has the funds to pay for me or the parts.  So right now the town is a dead town for the most part.  Most hotels have used their own crews for the clean up.  We havent seen construction crews back rebuilding the hotels, we know they will come, but when is the question.  I am sure they are waiting for the insurance check to rebuild.

The worst hit hotels were on the corridor and San Jose..  Mayan Palace took a beating, and when I drove by there last week, it looked like an empty shell.  Mixed reports on the Palmilla and Las Ventanas.  Some say 50 to 70 % damage... On the good side, there is supposed to be over 2000 rooms and hotels  ready next week in Cabo.

The Bisbees is still on and it was moved back for the last week in Oct. Thats really great news as it will show the world that we are back and ready for the tourist season coming up.

Now on to the guys;

Ulysses had a hard go.  A long time mate of Baja Anglers and just a upbeat all around guy.. He and his wife tried to ride out the storm in his sturdy wooden home.  When the storm ripped off his roof, he and his wife battled the winds and debris to get to into his black Izusu trooper.  They couldnt move the truck as it got stuck and swamped.. So it was their shelter from the storm...They battled the storm out in the truck... So scary, and they are so lucky to survive.  Hurricane 5 force winds, flooding waters all around them, and they huddled in the bottom of the back seat.  Crazy.  When the storm was over in the am,  they woke up to a hole where their house was.  Ulysses being the kind of guy he was, quickly started gathering what was left of his belongings.  So now everything was soaked and it was tropical conditions, just lots rain and light winds for two more days..  Once the sun came out, he gathered any plywood and roofing material he could scavenge and rebuilt what he could of his home... When Gisel and I visited him, his wife was still in shock, their clothes and belongings were air dried and still in plastic garbage bags. Now his now makeshift home is now in better shape.. So we are set on rebuilding his home and providing a safe clean home for him and his wife. 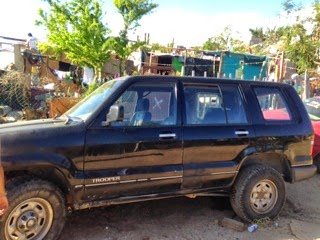 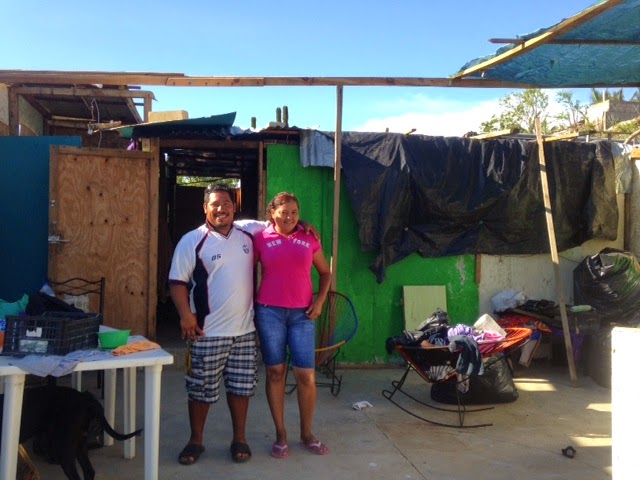 Nazario also had a hard go.  He is one of our Captains and also the local baptist pastor of his small Christian church in San Jose. His home was in back of the church..They spent the storm in a friends home, good thing too, because when the storm was over and they got home, some of the walls and all of roof were gone.  He has been busy as can be and has done an amazing job of cleaning up and getting ready for rebuilding his home.. 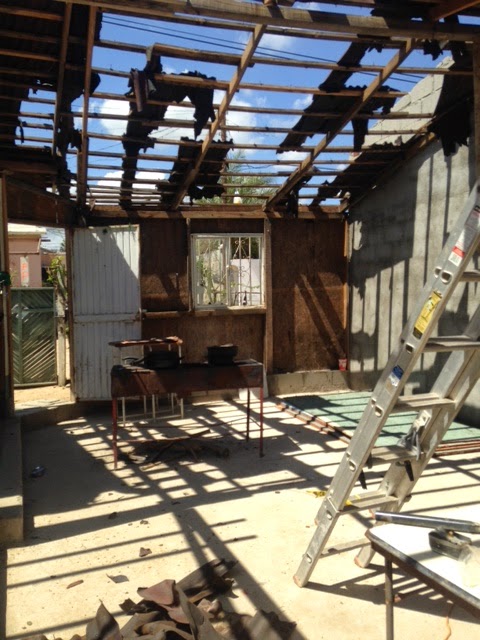 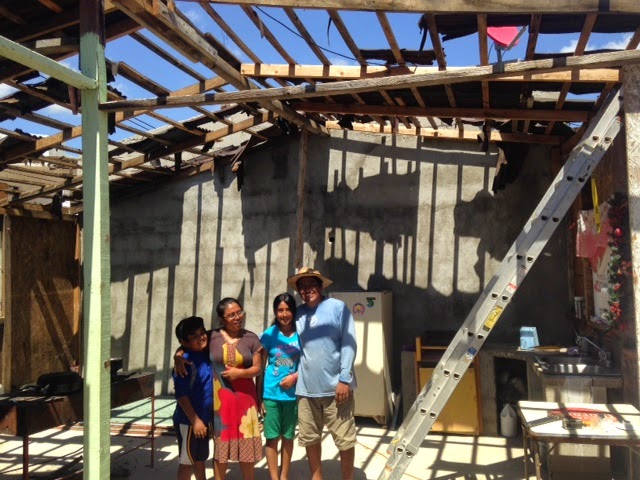 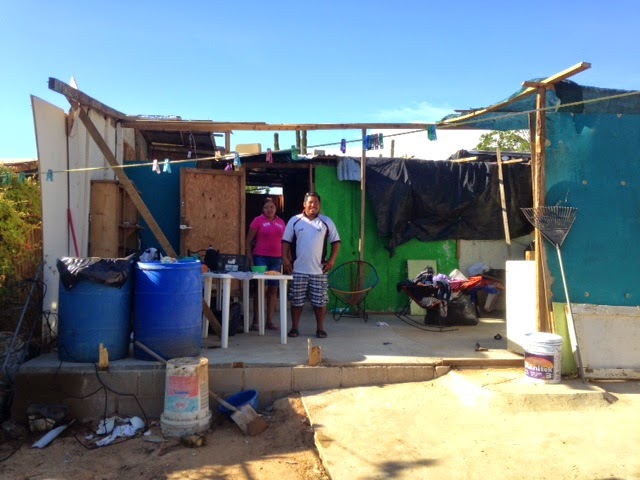 Arturo and Jacobo faired a bit better.  Arturo lost half of his home, and Jacob spent the storm in the kitchen, but lost the rest of his house..Alex fared best,  with minimal damage to his home, but his daughter lost her entire home and their belongings.

Temporary power is back on. for most of Cabo, its run by two giant generators...  We normally get power from La Paz but there are still 800 huge power lines down.  Theses power lines run from La Paz to Cabo through the mountains.  I have heard that its going to take another month or so to get these back up.

Your funds are going to help our great crew to rebuild their homes, and feed them and their families, and the rest of the crew at Baja Anglers, so they can get back on their feet and survive the next tough months coming up, until Cabo gets back to normal and the guys get back on the water everyday.

Baja Anglers isnt a business, its a family. Its a lifestyle we love.  Taking people out fishing is our passion...We still need your help, so if you can please donate to our fund at https://fundly.com/hurricane-relief-for-baja-anglers-grant-hartman

Grant and the Baja Anglers crew