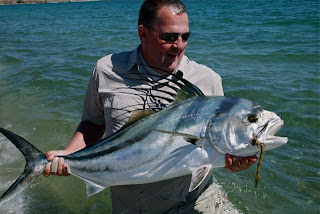 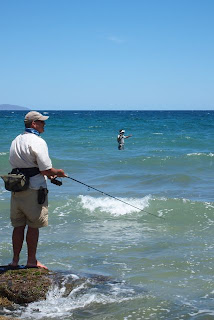 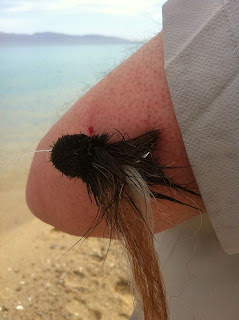 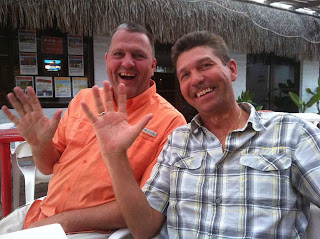 It was a slow week for us last week on the beach, but Onno happened to land his first Grande Roosterfish. It was a free cast (not teased) fish. Onno saw the fish, , made the perfect cast and hooked the rooster on G&S Hybrid fly. He expertly fought it, and beached it shortly later. In the last few years, both Robin and Onno have hooked giant roosterfish on the beach with me, but have ended breaking them off. This year paid off. Robin cast to a 50# fish, but I was kind of in the unintentionally way (bad Grant). I felt horrible, because there just wasnt that many shots.
I usually dont post pictures of the beach trips till after the season. Too many fisherman and illegal guides checking the net daily to whats been caught and where they were caught. I go out of the way to get away form other fisherman. They hog up the best spots and ruin the fishing, yet the ATV thing is a big hit on the East Cape and Running down the man has come close to ruined the fishing over there.
Posted by Baja Grant at 5:38 AM